GCCC will be the premier educational nexus to progress, providing world class learning in a dynamic environment. From here, you can go anywhere.

The first four community colleges in Kansas were established in 1919, and GCCC is one of two from that group which still exist. It was created by county-wide election on April 1, 1919, and opened in September of the same year.

GCCC initially shared facilities in Sabine Hall and Calkins Hall in the 100 block of Buffalo Jones Avenue with Garden City High School, and opened with a first class of less than three dozen students. The first graduate, Mildred Hope of Garden City, earned her degree in the spring of 1920.

The college moved to the then-new Garden City High School building in 1954, and first occupied a campus of its own in 1958 on property where Buffalo Jones Elementary School is located.

The first effort to establish GCCC as an entity separate from the Garden City public school system was launched in 1958. It was killed in a Kansas legislative committee, a second attempt was also rejected in 1962. In 1963 the college moved back to Sabine and Calkins Halls, and also made use of nearby Ben Grimsley Gym, as well as a group of adjacent World War II-era barracks buildings.

The Kansas Legislature passed the Community College Act in 1965, authorizing establishment of 22 independent colleges including GCCC. This authorized the institution to levy taxes, conduct its own programs and function independently of the K-12 school system. County voters elected the first GCCC Board of Trustees in July 1965. Today GCCC is one of 19 Kansas community colleges.

The Collins Technical Building was added in 1974, and a residential life addition was built in 1978. The Penka Building was added in 1986, when additions were completed to the Joyce, Collins and PE Buildings. Williams Stadium, a baseball facility, was also added. In January of 1996 a 15,000 sq. ft. $1.4 million technical teaching laboratory was completed so that GCCC could provide more training for workers in area and national industries. A three-building student apartment complex opened in 2002, and a 12,900 square-foot, two-level addition to the original student center was completed in 2003, with the entire structure renamed the Beth Tedrow Student Center.

The 19,260 square-foot, three-level, two-story Student and Community Services Center opened in August, 2006 and was dedicated in October of the same year. Attached to the original Administration Building, the $3.12 million facility consolidated public and student services, provided an on-campus home for adult basic education, added a series of 21st Century classrooms and created a single point of assistance for most services GCCC provides.

GCCC owns more than 70 acres east of Campus Drive, which has been developed in a cooperative effort with the City of Garden City. Named Tangeman Fields in honor of Dr. James Tangeman, a former president, the property includes softball and baseball facilities. Also located there are the college's indoor baseball practice building, a football practice area, running track with public seating and soccer fields. 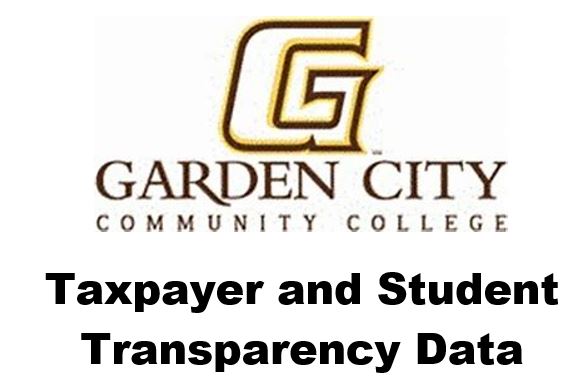