Elwyn has a wide range of abilities, from realistic oil paintings to stained glass windows to whimsical found-object sculptures.  A closing reception will take place on Nov. 5th from 4 to 6 pm in conjunction with the First Friday Arts Walk put on by Garden City Arts.

Elwyn Vatcher has committed his entire adult life to pursuits in the visual arts. Born in Exeter and raised in Hampton Falls, N.H., he became inspired by art as a boy while working on a dairy farm. He would enjoy the farmer's wife's pie and ice cream during breaks while watching her paint. This inspired him to take up painting; he won several awards during high school, including a state competition that sent him to nationals, where he won honorable mention.

After serving time in the U.S. Marine Corps, he attended the Art Institute of Boston and received an Associate of Fine Arts Degree. As a result, he will have artwork on display from every decade of his career. Currently residing in Goodland, KS, Elwyn and his wife, Rosalee, moved to Kansas in 1989. Since moving to the region, he has exhibited art all over western Kansas and won numerous awards, including Grand Champions at the Northwest Kansas District Free Fair.

Additionally, he has had watercolor paintings displayed in the office of Kansas Rep. Crumbaker during his legislative session. Vatcher has painted murals and completed stained glass windows for many critical locations in the area. Currently, he owns his own studio, Elwyn Road Studio, and exhibits his art at the Carnegie Arts Center in Goodland, Kansas, where he has served on the board of directors for over a decade. 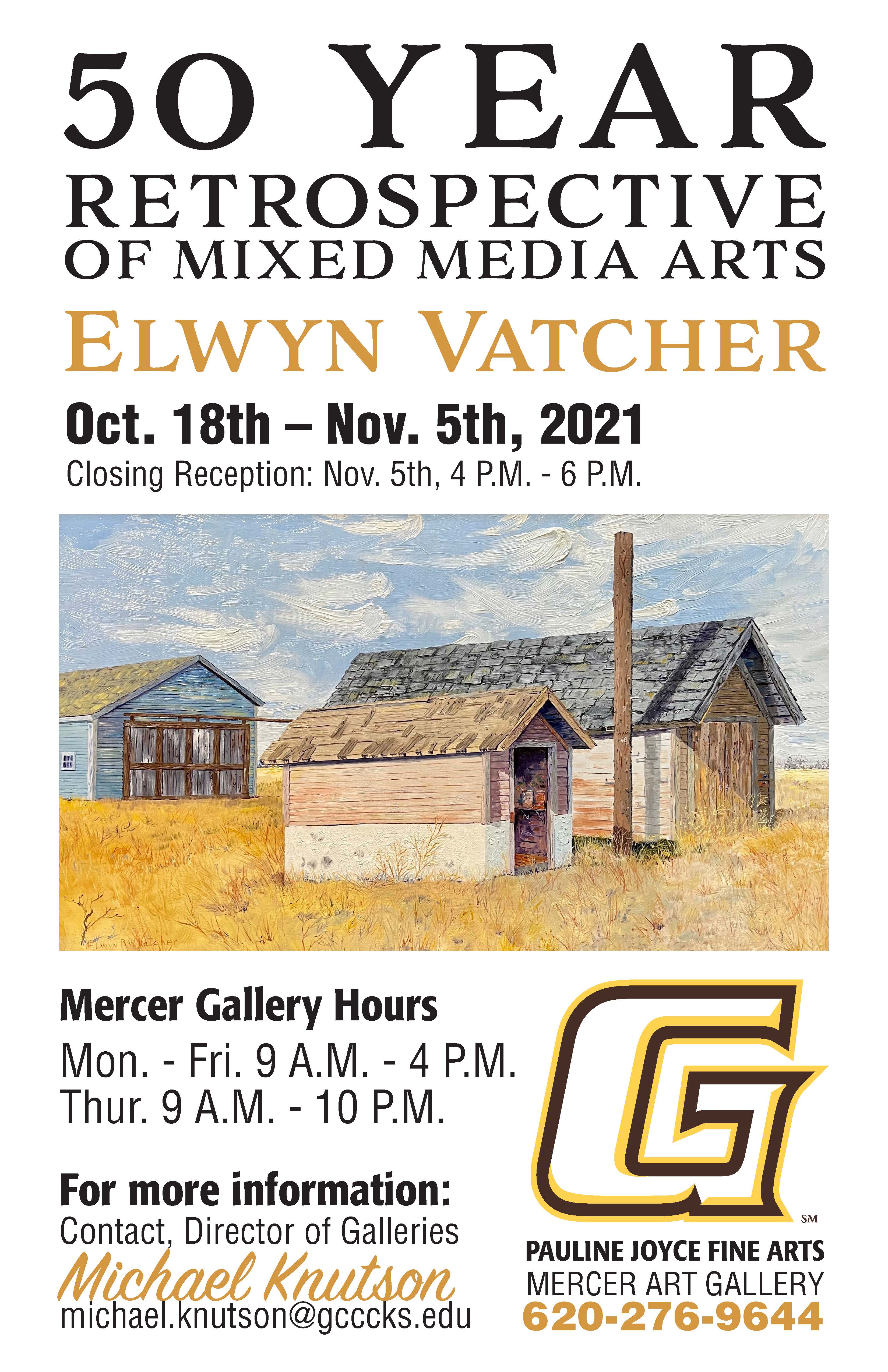