[Garden City, KS] December 8, 2022 -- GCCC Student Government Association (SGA) would like to invite students, employees, and the community to attend a presentation by guest speaker Spencer Paysinger on Monday, January 16, 2023, at 10 a.m. inside the Dennis Perryman Athletic Complex Conestoga Arena, in recognition of Martin Luther King (MLK) Jr. Day.  The topic will be "Bridging the Great Divide: Race, Intersectionality & Substance Abuse Are "All American" Issues".

A Super Bowl-champion linebacker turned Hollywood writer/producer, Spencer Paysinger brought his own poignant story of living in South Central LA and playing football at Beverly Hills High to the hit CW and Netflix series, All American. "It's a story about being an outsider in two worlds," says Paysinger, who developed the award-winning show and is integrally involved as a producer. "All American shows that it doesn't matter where you're from. We all go through the same sadness, loss and sorrow. It's a real-life story about making connections and starting conversations between people that may not have had conversations before."

Like the "Spencer" character based on his life, Paysinger grew up amid the drugs, gangs, violence and poverty of South Central LA with education-focused parents and a dream of going to college. A promising athlete who played four sports but excelled in football, he was offered the opportunity to attend elite Beverly Hills High, going on to lead the football team as captain to an undefeated season. A scholarship to the University of Oregon followed, where Paysinger also became team captain and was part of the team's very first undefeated season. Graduating with a bachelor's degree in economics, he began his NFL career with the New York Giants, winning Super Bowl XLVI in his rookie season. Paysinger played seven seasons with the Giants, Dolphins and Panthers. In 2017, a few months after pitching All American, he retired from football to pursue his dream of developing television and film concepts focused on the Black experience in America. Within four months of retiring, he was shooting the pilot for All American. Now a sought-after writer/producer, Paysinger has written and developed various concepts under his Moore Street Productions banner with Uninterrupted and Deviants Media. He is currently writing a film for Ron Howard and Brian Grazer's Imagine Entertainment.

Committed to leveraging his success to create opportunities for young people, Paysinger serves on the board of KIPP Public Schools' Black and Latino Leadership committee, with the goal of creating program's for KIPP's South Central youth. He also serves on the board of Lyft's City Works Council, which dedicates $50 million a year to support locally-driven community initiatives. Paysinger is also a co-owner of Hilltop Coffee + Kitchen, a fast-casual eatery with allegiance to underserved communities.

An inspiring speaker whose personal journey has already touched millions of viewers, Paysinger is a creative powerhouse telling the stories of the Black experience with refreshing insight and perspective. Often using clips from All American to discuss topics ranging from educational opportunity to intersectionality, he frames complex issues within a familiar and highly personal context. Fans of All American are treated to a firsthand account of where the real-life athlete that inspired the beloved character, "Spencer," headed after Beverly Hills High--and where all of us can go if given the individual and community support to follow our dreams and potential.

For any questions, please contact Brittany Clark, Student Activities Coordinator, at brittany.clark@gcccks.edu or 620-276-9690. 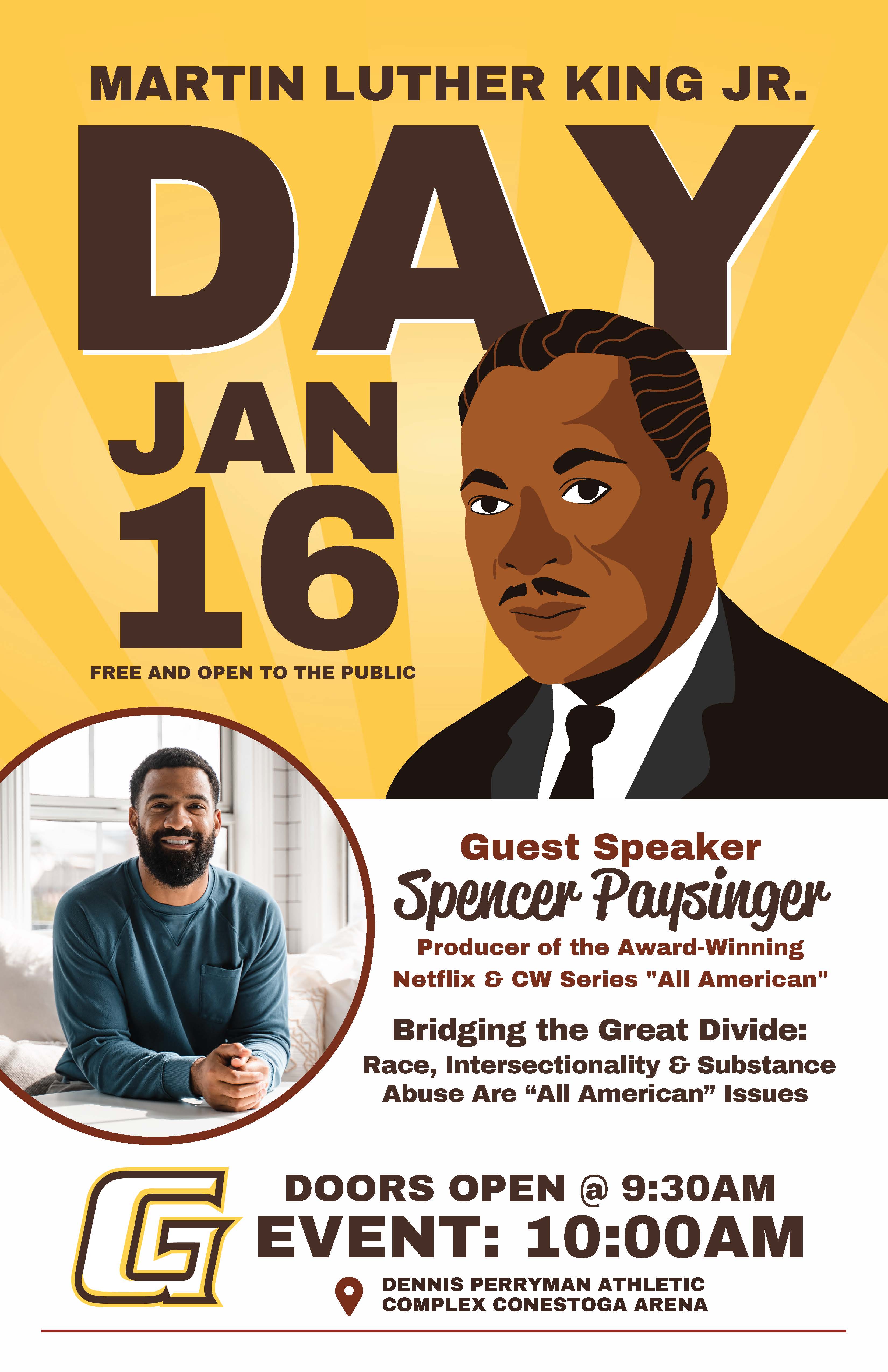